SoulProsper Radio
The SoulProsper Media Group would like to take this opportunity to congratulate "The Queen of the Hammond B-3". Mrs. Elbernita "Twinkie" Clark-Terrell for her induction into the Hammond Organ USA Hall of Fame. The name Twinkie Clark is synonymous with the gospel organ. She is a modern day Beethoven and continues to captured the affection of audiences worldwide. It should be noted that Twinkie Clark is the ONLY inductee recognized solely for her contributions to gospel music! Billy Preston was also inducted(rightfully so) but was recognized for his work in gospel music (James Cleveland, Billy Preston), Soul/R&B (Ray Charles,Billy Preston), Jazz(Nat King Cole, Billy Preston) and Rock&Roll (The Beatles).

"Twinkie" stood out in a nomination class that consisted of newcomers and organists that shaped the gospel sound. Her induction into this inaugural class should come as no surprise and further deepens her legacy in gospel music.

While speaking to her late last year, Dr. Clark told me that she drew upon a number of styles to shape her own sound. All of those elements come through in her playing. Most famously drawing from Stevie Wonder's "Master Blaster" to create her 1981 smash "You Brought the Sunshine" recorded with her sisters.

Dr. Clark drew from gospel, jazz and even classical pianists ahead of her. Transforming the organ into a solo instrument, she accompanies herself performing church anthems with skill and dexterity rivaling the greatest composers of the Baroque period. When asked what her favorite anthem is, she replied "A Mighty Fortress is Our God." 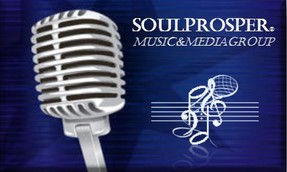