I was again privileged to travel to Japan as bandleader for the Glory Gospel Singers from New York under the direction of Mrs. Phylis Joubert. I took many pictures and have decided to share them with you. Please be mindful that all images are copyrighted property of the SoulProsper Media Group. Please do not use any images without permission.

This year's band consisted of Fred Willis (keyboard, MD), Steven Williams (drums) and Anthony Nolan (bass).  All three musicians hail from the Dallas/Fort Worth area and they represented well. 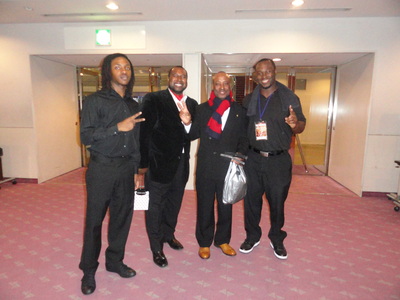 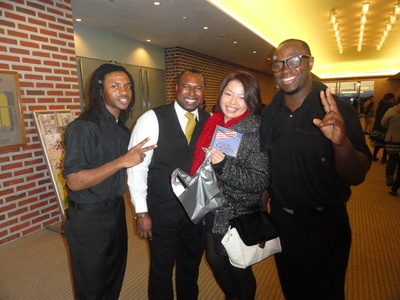 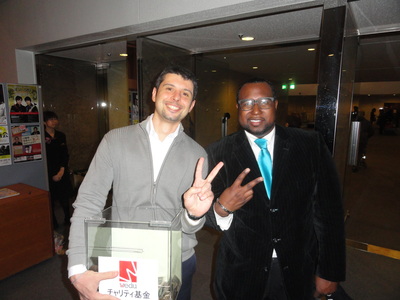 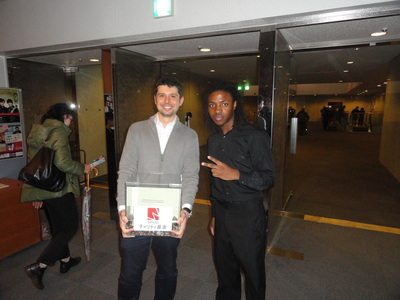 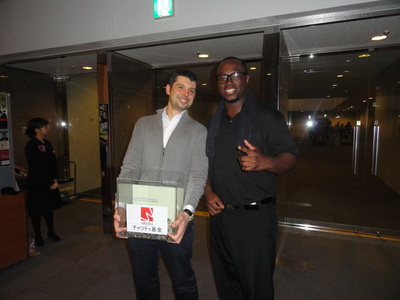 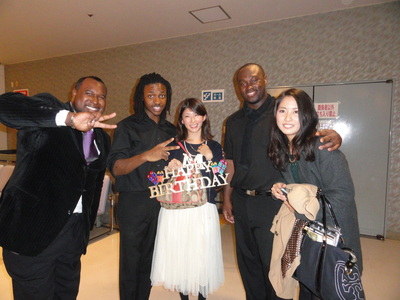 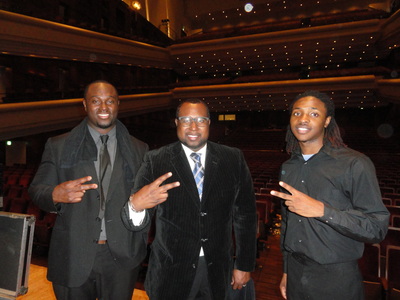 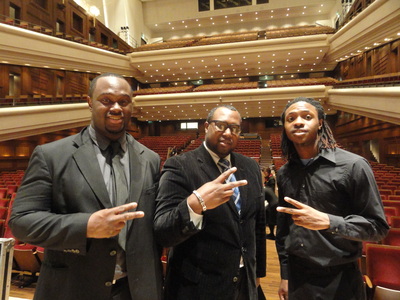 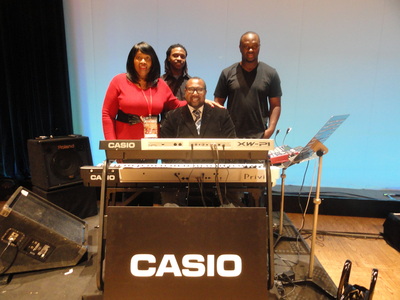 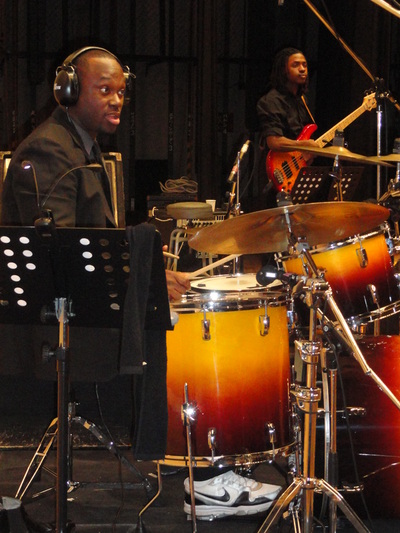 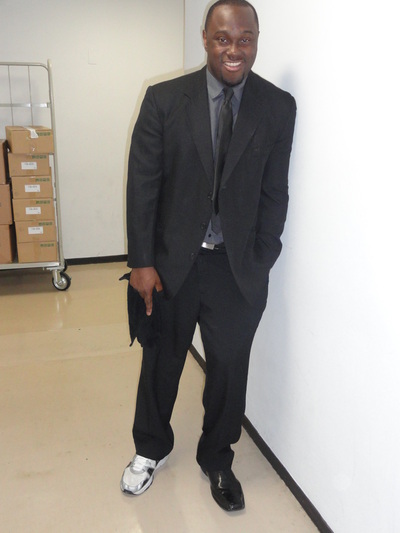 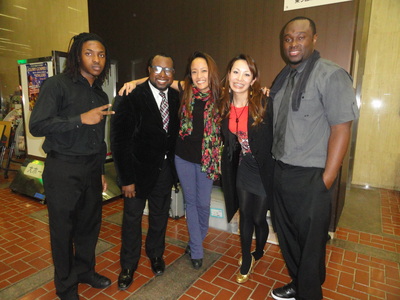 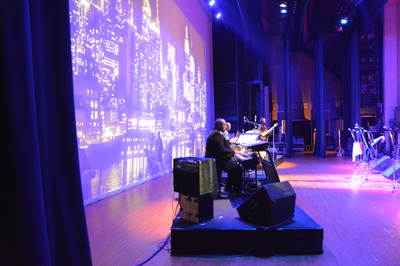 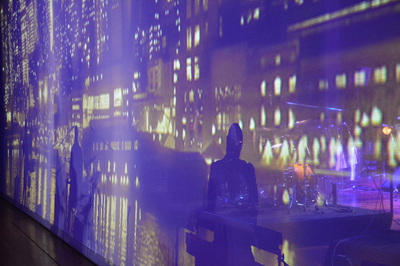 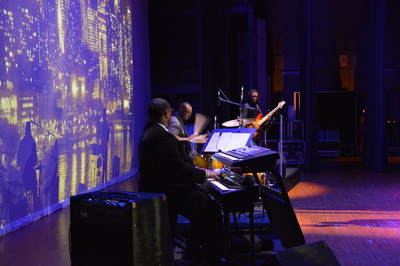 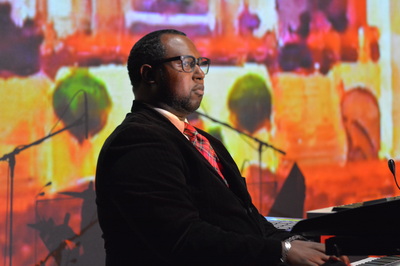 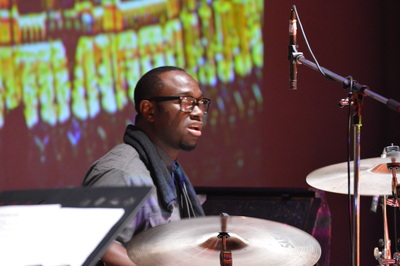 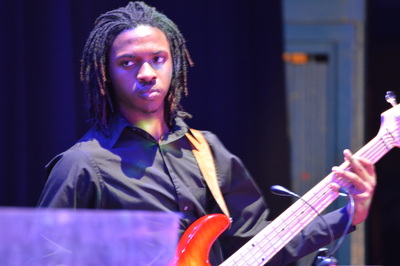 We (Casio) visited the rehearsal of Glory Gospel Singers that we introduced the other day and asked a keyboardist, Mr. Fred about the usability of XW-P1 and PX-5S.

"XW is easy to use the sound using oscillator knobs and available to apply for various songs. On the PX-5S, Hexlayer (A function that can repeat up to six kinds of tones) thickens and layers the sound and the touch is also very good. The electric piano's sound also has a grit and punch that I just love!

The PX-5s is lightweight and easy to carry. You can program/process on the spot because the USB drive is easily usable and very convenient, right there on the front panel. The overall sound is clean and good.

On this tour, I need various Japanese unique instruments'and really different tones but I don't have any problem with these two magnificent keyboards!  I Love CASIO!"

Mr.Fred's performance was fearless and also delicate.
Mr.Fred, Thank you very much!

This interview, provided by Casio Japan was translated by Glory Gospel Singers fan and friend of SMG, Miss Yukie Tellya.

During each concert, our leader Phylis Joubert sang "Christ Was Born in Bethlehem" which included audience interaction. This particular night, Nobu a young child stole the show by following Mrs. Joubert perfectly even singing her ad libs. Later in the show, as the audience came on stage near the finale, Nobu showed off his awesome dance moves. This night showed us the miraculous power of gospel music and the gospel message. Each night we closed the show with the refrain: "...anything is possible..." and this night showed us that without regard to the report, God is still working miracles and manifesting His glory throughout the earth. I am exceeding glad to have been there to witness this with my own eyes.

Nobu showed zero signs of any defect and we all knew that the Lord was with him. There was indeed a sweet spirit in the place, residing in Nobu and as the old standard concludes: "without a doubt we'll know that we have been revived as we shall leave this place." It was that night, that the tour took on a whole new purpose, to the glory of the Father! -Fred 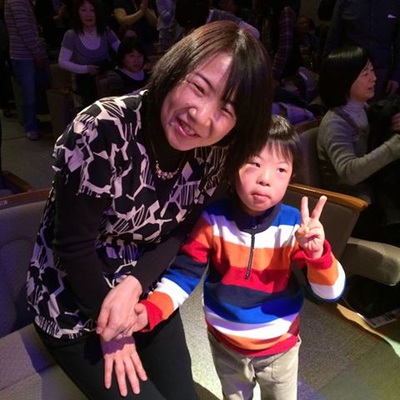 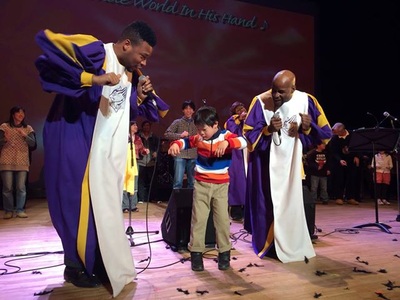 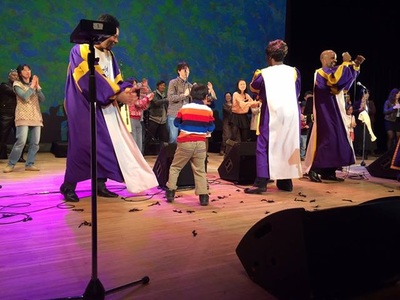 "It was fun!!!! They are Glory Gospel Singers came from NY. We went to their Christmas concert today. They performed all kinds of gospel music; up-tempo, ballad, and also showed us the beautiful harmonies of a cappella songs.

Nobu was very excited and he was taken to the stage. He danced and sang "Hallelujah" with GGS members in front of 1000 audience members! It was a great surprise and a great memory!

Thank you so much, Glory Gospel Singers! God bless you!"
-Izumi

The Survey at Sumida 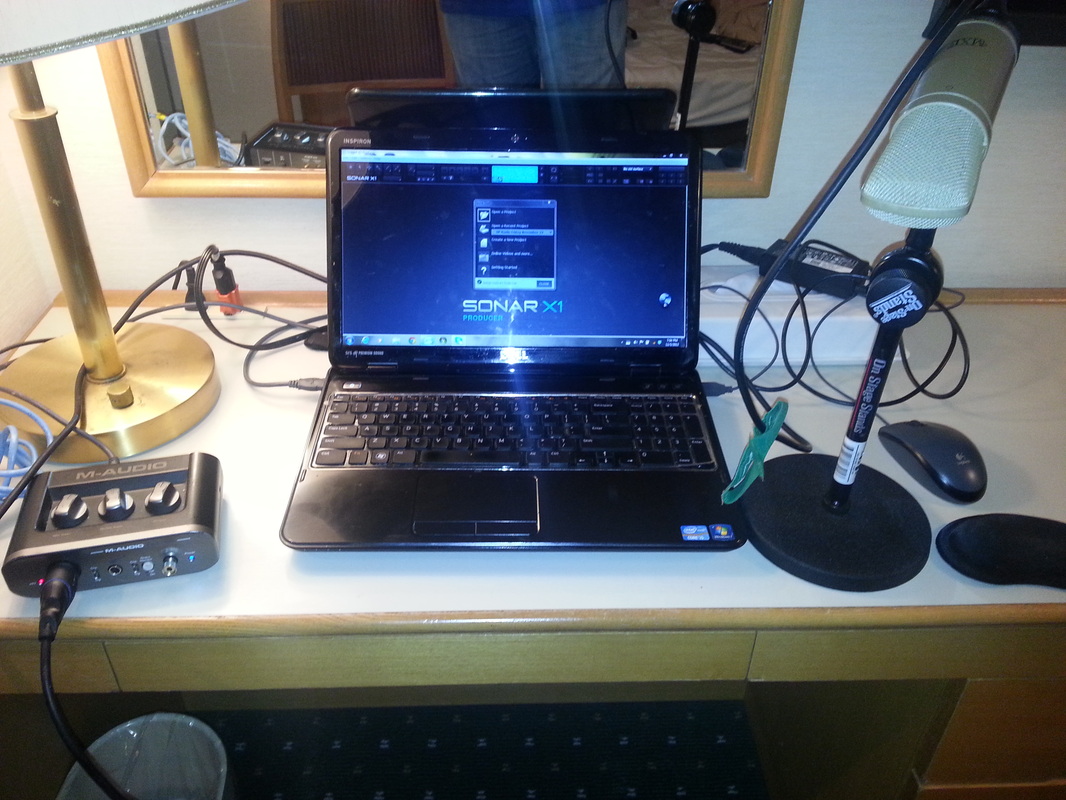 While on the road, I recorded three shows. This picture was taken in my hotel room in Hamamatsu, the birthplace of Yamaha and Kawai pianos. Later that day, we took a trip to the Hamamatsu Museum of Musical Instruments. 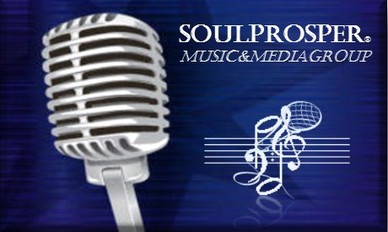