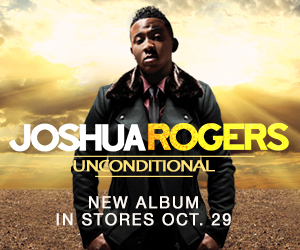 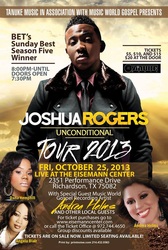 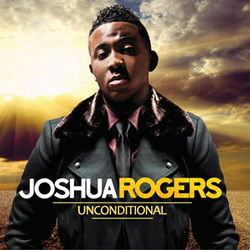 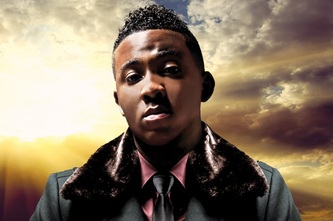 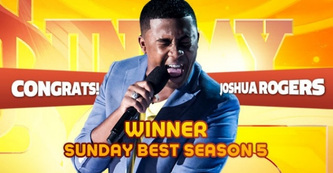 “Unconditional” by Joshua Rogers is phenomenal! The album is replete with great music, singing and a great message. The theme throughout the album celebrates the goodness of God, for us to us and in spite of us! Rogers is headed your way via his "Unconditional" tour right now. Along with him, you'll see Sunday Best alums and past winners.


On opening night in Jackson, Mississippi Amber Bullock graced the stage. On his Dallas stop, Andrea Helms and Odell Bunton, Jr. were on hand to lift Jesus with Joshua. Be on the lookout for tour dates and opening acts as the tour comes to your area!