There is a reason this song is quite possibly my early favorite on #LosingMyReligion. Just hearing the raw emotion and earnest lyrics stir up a forceful reminder of just how much we need Jesus. In the song, Kirk asks "Jesus will you mention my name when you talk to the Father today?" Kirk has mastered the art of conceptual writing and singing and your listening experience will come to a complete stop when you hear this song. Erica Campbell's reaction to the song is similar to my reaction when I heard "The Question" from her solo debut album "Help".  Be prepared to be moved by this song and the entire album. -Fred 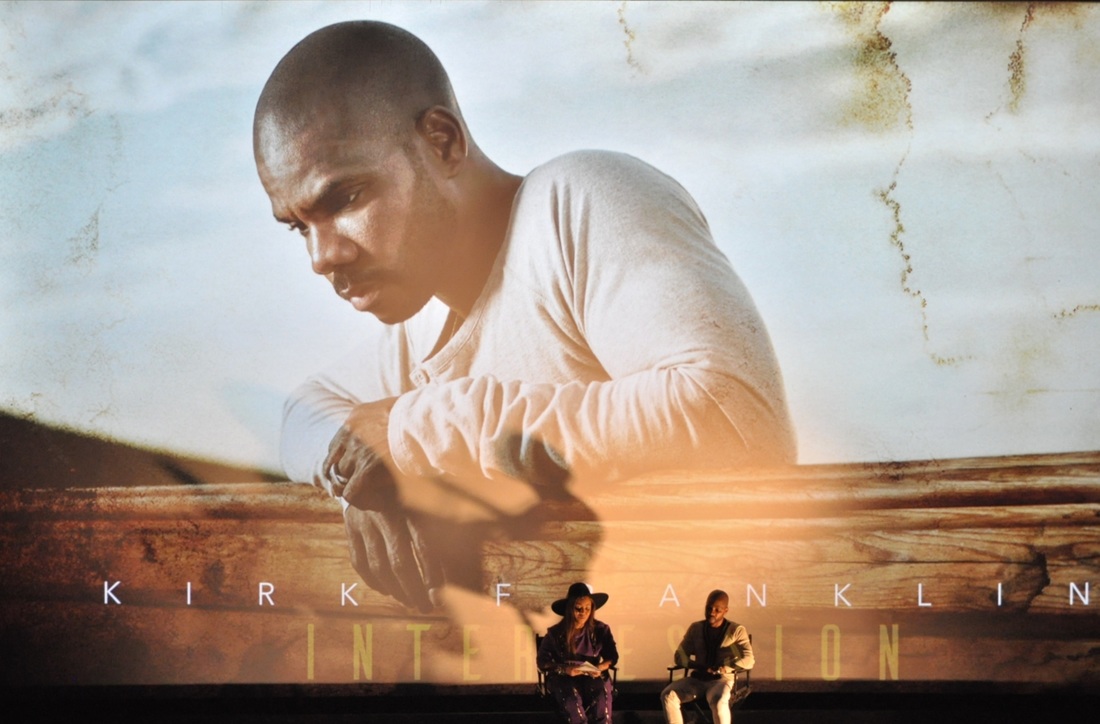 "Who is he that condemneth? It is Christ that died, yea rather, that is risen again, who is even at the right hand of God, who also maketh intercession for us."
Romans 8:34

Kirk honored his longtime friend and consultant Jessie Hurst with the naming of the new home and Fo Yo Soul studios. The studio is in progress now and will be situated in Arlington, Texas. More details to come. 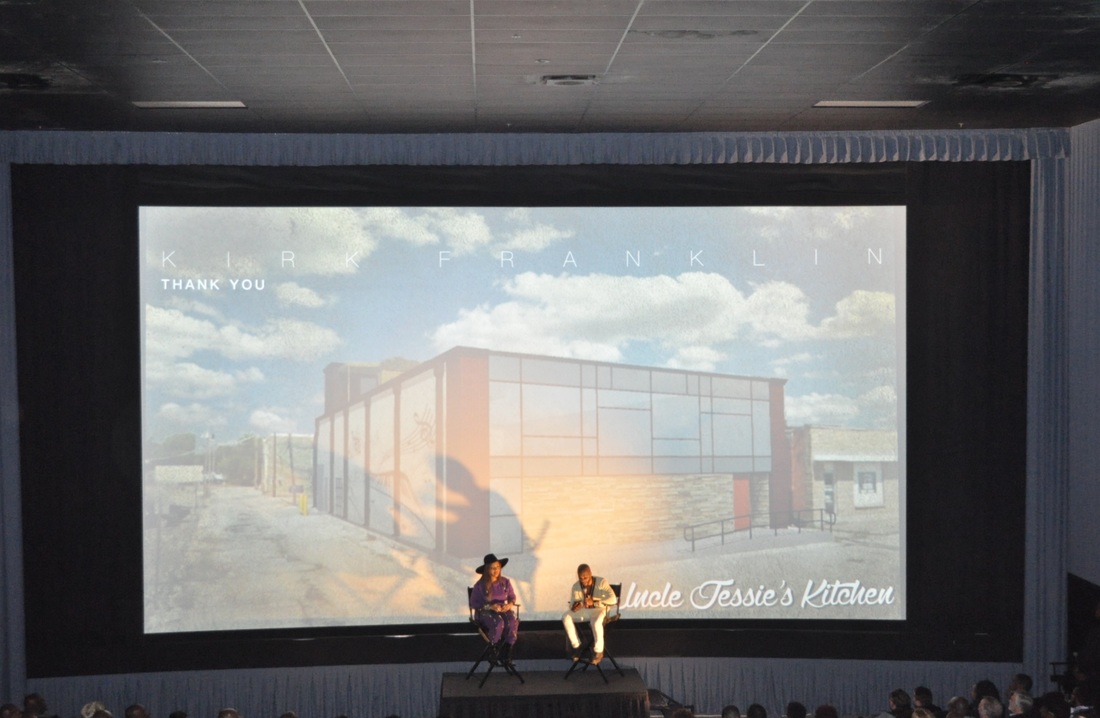 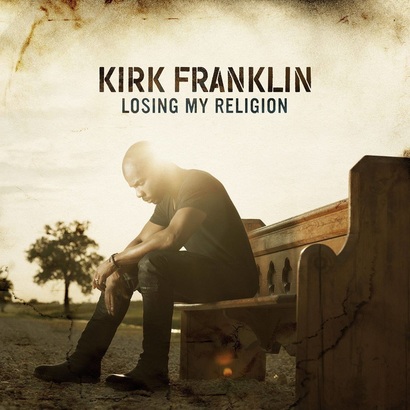 Musical expression is often hyperbolic. The title of this article however, is not. For Kirk Franklin, "Losing My Religion" is his legacy. This new project is bigger than the man himself and bigger even than the genre of gospel music. This album is the launch of a global movement, starting with its release, today. Just when you thought Franklin had settled into the role of elder statesman within the gospel industry and with a string of wildly successful television, radio, concert tour and executive ventures, he returns to the scene with not only a new album, but his best work yet.

Hello Fear
Though his absence has been noted, he's intimated the specifics of his delayed return to the studio. Surprisingly, he was intimidated by the success of and afraid of his perceived inability to produce a hit following "I Smile" from his last album "Hello Fear". Ironically, he'd fallen victim to the very thing he ministered to on his last album and would have remained in that state except for a word of knowledge from his wife, Tammi telling him: "God's got something He's gonna give you and the more you procrastinate, the more you'll hold back what He has!"
Kirk Franklin is losing his religion, but not his righteous mind. This album is quite possibly the most 'frank' he's ever been with his pen. You can sense Franklin's catharsis with each pen stroke via his gifted songwriting as it moves you beyond the realm of carnality and human frailty. Songs like "Intercession", "My World Needs You" and "Pray For Me" speak clearly to the human condition, in need of the savior. Franklin strikes studio gold as he captures believers' groanings in the pensive yet devastatingly delightful "When", which features the dynamic Lalah Hathaway, incomparable Kim Burrell and astounding accapella group TEN of NBC's "The Sing Off". With each passing day Christ's return grows more immenent and believers are indubitably asking:
When will you come for your daughters and sons? We're homesick; we try, but we don't belong...-'When', Kirk Franklin
Christian music can be cultural
The contents of the album are best summarized: the message of Jesus sung over a bed of jazz, hip-hop, funk, soul, R&B and traditional gospel. You might dance the whip and nae nae or fall on your face in worship all in the swing of one or two songs. The magic of "Losing My Religion" is found in Kirk Franklin's ability to speak the content of so many hearts worldwide. You will hear references to #BlackLivesMatter, police and church shootings and a tired believer at their end giving up not on Christ, but the church as they know it.
For Franklin, the reality check is intentional. He purposely stays aware of what transpires culturally and writes with a full plate of information, keeping the conversation horizontal and directly in touch with listeners. He notes that this disconnect with the younger generation can be resolved immediately, with accessibility saying:
"Sometimes we fail our younger generation because we're not accessible. I can impress you with my achievements, but I can transform you with my struggle."
Masterful masterpiece
The making of this album was a concerted effort by Franklin, an outstanding cast of musicians, singers and producers Shaun Martin and Max Stark. Franklin takes the helm on two songs: "Intercession" and "Pray For Me", a departure from his norm of directing with adlib. Kirk's group of singers are successful singers in their own right. Sunday Best Winners Crystal Aikin and Amber Bullock are behind the mic and Tasha Page-Lockhart pairs up with Zacardi Cortez ministering the lyrics: "...no sweeter sound than when God says it's time". Kirk continues his work with Tamela Mann and lines her up alongside vocal powerhouse Tasha Cobbs and CCM artist Sarah Reeves to sing the message: "Show me your face, come fill this space, my world needs you right now". Franklin says that he draws inspiration from the group and refers to them all as artists and not just background singers.
He hears complete songs as they are downloaded to him from Heaven; meticulously pairing voices to harmonies. He compares his writing process to the way an author writes a novel. The penmanship alone is worthy of a Pulitzer and the recording nothing less than a Grammy. This harmonious collective and its transcendent message should be heard by people everywhere.
Track Listing:
1. Losing My Religion (spoken word)
2. Miracles
3. 123 Victory
4. Road Trip
5. Pray for Me
6. Wanna Be Happy
7. It's Time (featuring Tasha Page-Lockhart and Zacardi Cortez
8. True Story
9. Over
10. When ( featuring Kim Burrell and Lalah Hathaway)
11. My World Needs You (featuring Tamela Mann, Tasha Cobbs and Sarah Reeves)
12. Intercession
13. No Sleep Tonight
Kirk Franklin's "Losing My Religion" is available now, in stores and online.