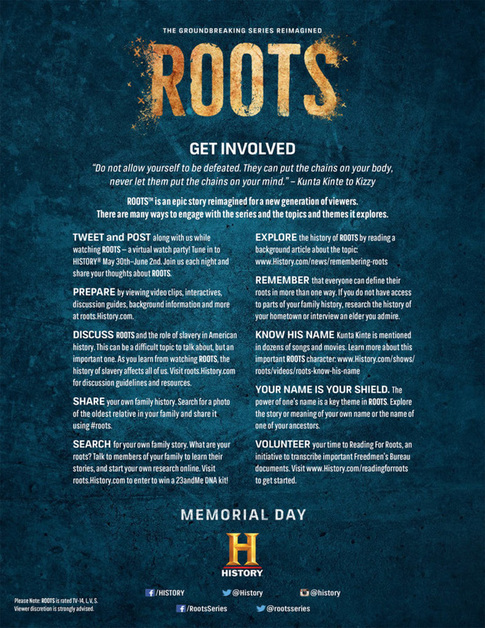 When ROOTS aired in 1977, it took the country by storm. Alex Haley’s seminal novel, Roots: The Saga of an American Family, was brought to life by LeVar Burton, John Amos, Cicely Tyson, Lou Gossett Jr. and other iconic actors, and was produced by the legendary David Wolper. ROOTS told the story of Kunta Kinte, an African who is abducted from his village, sold into slavery, and taken to America. Through several generations of American history, the series follows Kunta Kinte and his family’s struggle for freedom. Over 130 million viewers watched over the course of 8 consecutive nights, nearly half of the U.S. population at the time. It was a seminal moment in American history. It was the first time that a television series started a conversation about slavery, race, identity, family, and freedom.

On May 30, 2016, ROOTS will shock the world again. Will Packer, LeVar Burton and Mark Wolper - the son of original producer David Wolper - have teamed up with an amazing cast and crew – including Laurence Fishburne, Forest Whitaker, Anika Noni Rose, Mario Van Peebles, Thomas Carter and the new Kunta Kinte, Malachi Kirby – to produce a reimagined ROOTS for a new generation of viewers.
​
The new ROOTS from A+E Studios has benefited from rich new scholarship about life in The Gambia and on American plantations during the 18th and 19th centuries. From musical supervision by Questlove to stunning costume designs by the legendary Ruth Carter, the 2016 ROOTS miniseries will breathe vibrant life into Kunta Kinte, Kizzy, Chicken George and the rest of their family’s breathtaking journeys. Viewers will be able to watch the new ROOTS on HISTORY over four consecutive nights beginning Memorial Day, May 30,2016.

Prior to the May 30th airing, churches around the country are participating in "Roots Sunday" on Sunday, May 29th by taking action in at least one of the following ways:

1) Play the ROOTS trailer during Sunday services and make an announcement about its air date (May 30th - June 2nd, 9pm Eastern, The History Channel)
2) Acknowledge and honor the eldest members in your congregations.
3) Host watch parties and discussion events all four nights of the series, using the ROOTS Sunday toolkit to guide your discussions 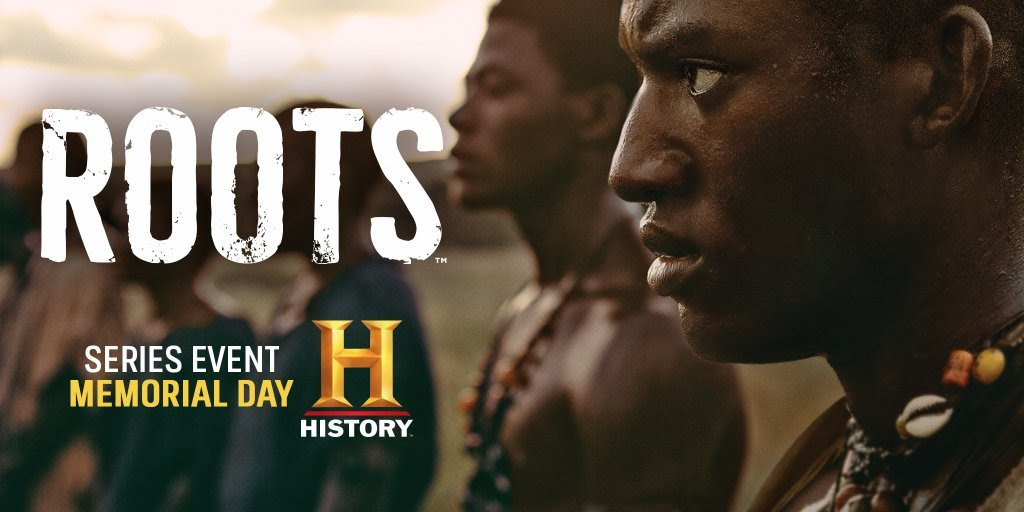 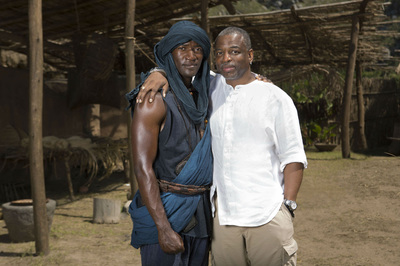 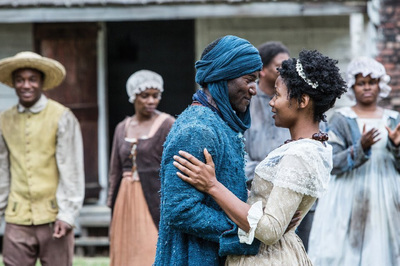 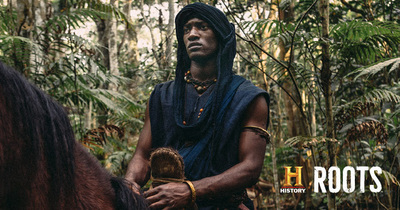 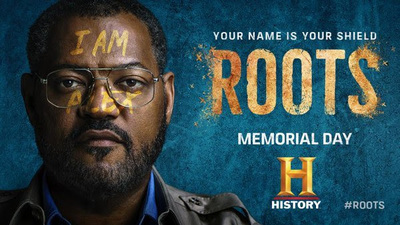 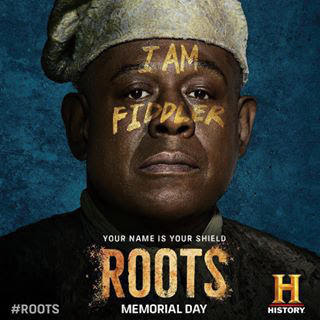 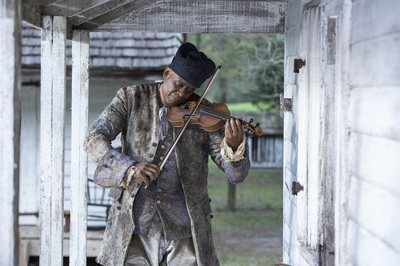 ​On “ROOTS Sunday,” Sunday, May 29, 2016, congregations around the country will preach and teach about history, identity, and ROOTS. Now more than ever, it is critically important for us, especially our young people, to know where they came from in order to shape where we are going. Congregations will explore questions including:

• Why is it important to know our ROOTS?
• What do we know about African ROOTS before slavery? What more should we know?
• How does the experience of African Americans in slavery impact the Black community today?
• How did ROOTS impact other communities outside of the African American community?
• Do we know our family trees? Who is our oldest living relative? Who is the most distant relative anyone in our family can still remember?
• How can a better knowledge of our ROOTS shape how we see ourselves today, and how can this knowledge shape our future?

God Knows Us, and Wants Us to Know the Full Story of Ourselves, Our History and Our Purpose
Summary:
Much of the content of ROOTS is based around the question of identity. The people who enslaved Kunta Kinte sought to take his identity away from him – and even his name, calling him, “Toby.”

​ It was very important for Kunta Kinte to know at a deep level who he truly was – who God made him – and hold on to that knowledge with all his might, even in the face of the horrors of slavery. Kunta had to know what his family, his self, and God said about him – not what the slavers thought of him.

Scripture Suggestions:
“Before I formed you in the womb I knew you, and before you were born I consecrated you; I appointed you a prophet to the nations.” --Jeremiah 1:5

“For you created my inmost being; you knit me together in my mother’s womb. I praise you because I am fearfully and wonderfully made; your works are wonderful, I know that full well. My frame was not hidden from you when I was made in the secret place, when I was woven together in the depths of the earth. Your eyes saw my unformed body; all the days ordained for me were written in your book before one of them came to be.” --Psalm 139:13-16
Family Legacy is Important to God
Summary:

However, the Atlantic slave trade separated generations from one another. Families were divided by traffickers in Africa, and by slave auctions in America. Somehow, the resilience of enslaved people – and the power of God – rippled throughout generations, even in the face of unimaginable pain. Learn and remember the ways the Lord worked to set our families free from the bondage of slavery – and the bondage of hatred that ensnared slave-owning families as well.

​If you are older, share your story with the generation coming up behind you. Push past their eye roll. Make time for it. Don’t be ashamed or sheepish. Instead, stand and speak in the power and mighty name of Christ Jesus who set you free and is continuing to set you free, so that the generations to come may know and trust in God.

Scripture Suggestions:
“Honor your father and your mother, that your days may be long in the land that the Lord your God is giving you.” --Exodus 20:12

“One generation shall commend your works to another, and shall declare your mighty acts.” --Psalm 145:4

​ “The Lord passed before him and proclaimed, “The Lord, the Lord, a God merciful and gracious, slow to anger, and abounding in steadfast love and faithfulness, keeping steadfast love for thousands, forgiving iniquity and transgression and sin, but who will by no means clear the guilty, visiting the iniquity of the fathers on the children and the children’s children, to the third and the fourth generation.” --Exodus 34:6-7

“We will not hide them from their children, but tell to the coming generation the glorious deeds of the Lord, and his might, and the wonders that he has done.” --Psalm 78:4
Even Though We’ve Been Through Tough Times, We Are Ordained for Greatness
Summary:

One of the common themes of Scripture is God’s unrelenting mission to deliver us from slavery and bondage (both externally and internally) and lead us to freedom. Just like the Israelites, we all have experienced slavery. But that’s not where the story begins. The Story begins in the garden. And slavery is not how the Story ends. It ends in glory.

In the moments that are incomplete. Remember the promise. Have courage. Take hope. With holy defiance, remember Who created you. Remember Who delivers you. Remember Who goes with you. You are not alone on the journey, and the destination is sweet. Don’t give up.

Scripture Suggestions:
“But you are a chosen race, a royal priesthood, a holy nation, a people for his own possession, that you may proclaim the excellencies of him who called you out of darkness into his marvelous light.” --1 Peter 2:9

“For I know the plans I have for you, declares the Lord, plans for welfare and not for evil, to give you a future and a hope.” --Jeremiah 29:11

“4Rejoice in the Lord always; again I will say, rejoice. 5 Let your reasonableness be known to everyone. The Lord is at hand; 6 do not be anxious about anything, but in everything by prayer and supplication with thanksgiving let your requests be made known to God. 7 And the peace of God, which surpasses all understanding, will guard your hearts and your minds in Christ Jesus. 8 Finally, brothers, whatever is true, whatever is honorable, whatever is just, whatever is pure, whatever is lovely, whatever is commendable, if there is any excellence, if there is anything worthy of praise, think about these things. 9 What you have learned and received and heard and seen in me—practice these things, and the God of peace will be with you.”
-- Phillippians 4: 4-9

​CONTACT Questions about ROOTS Sunday, ROOTS the series, and how you can engage? Contact Etoy Ridgnal, etoy@valuespartnerships.com!