Discover what we've been up to all month. Shows, articles, interviews...it's all here! Looking for show times? Show times and descriptions can be found on our Schedule page. 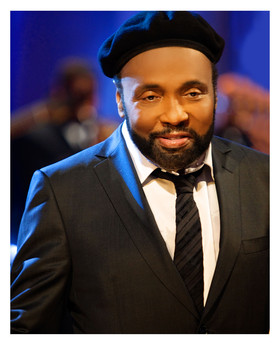 Pastor Crouch recently suffered with health issues and was forced to cancel the "Let the Church Say Amen" tour mere days before its start. The tour regained its bearings, and announced new dates as Pastor Crouch seemed to return to better health. He'd been sidelined with many a health issue as of late but fans and friends continued in steadfast prayer for such a pioneer, the father of contemporary gospel.

As the gospel community and music world at large struggle to come to grips with this tremendous loss, Pastor Crouch's words eulogize him..."God has spoken, let the church say amen..."

Pastor Crouch sang about the real life power of an encounter with Jesus Christ and Christ's impact on his life. Through it all, his career spanned decades, inspired millions and led many more to Christ.

Many will remember Andraé Crouch for his impact on their life. Where were you when you first heard an Andraé Crouch song? Whether you were in a crowded stadium at a Billy Graham Crusade, watching him in concert on the Trinity Broadcast Network, spinning his records on your home stereo or riding in the car listening to him on the radio, Crouch's music stayed with you from the first moment you heard it.

Pastor Crouch wrote music that made the whole world sing...about Jesus! There's not one demographic on the face of the earth Andrae Crouch's 'Jesus music' hasn't reached. Over the years Pastor Crouch's "Disciples" looked just like his audience, mixed. He found a way to build a bridge from Christ to every believer! No matter where you were from, or what you looked like he made you understand more about where you're going...home,and soon!


The world may never really know the full impact of Crouch's ministry. Artists from all over drew inspiration from him, for varying reasons. Crouch worked with many and through his unique humility blessed artists of all stature in gospel music, even indie artists. Calculating Crouch's true impact...only Heaven knows!

Did you read this about Kirk Franklin?

Would you like to be a blessing to SoulProsper Radio?

SMG Friend, Stephen B. Steward to be Featured on Bobby Jones Gospel